Well, that was an easy choice! ::grins:: 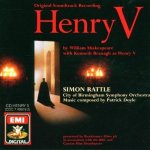 Not too surprisingly, the subject of music arose frequently during my October blog tour. On at least two stops, commenters were asked to share their favorite kinds of music or, alternatively, their favorite soundtrack. Stopping by to chat and give my own answers (traditional Celtic, classic rock, Patrick Doyle’s Henry V), I theorized that many books had their own “soundtrack,” whether that means music the author played to get her in the mood to write or music that the author associates with the characters and situations in her book.

As music figures heavily in A Song at Twilight, I thought I’d share the “soundtrack” for the book, along with a little background information about each song. These are probably the most important musical numbers in the book, and they’re quite an eclectic bunch, ranging from traditional carols/folk songs to classical opera to Victorian parlor ballads.

1. Tomorrow Shall Be My Dancing Day: Traditional English carol, sometimes ascribed to the Cornish. The central theme is Christ narrating his own life cycle as movements in a dance. The carol goes on at length from Birth to Crucifixion to Resurrection, but usually only the first verses are sung. 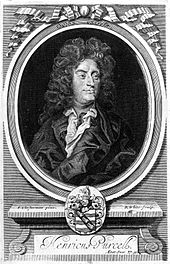 2. Music for a While: Written in 1692 by Henry Purcell, a gifted English Baroque composer who’s not as well-known as he could be, owing to his untimely death at 35 or 36. This song–about the soothing power of music–was composed as incidental music to a play, Oedipus, and sung by the character of Tiresias, the blind Greek soothsayer.

3. Voi che sapete: One of Cherubino’s arias from Mozart’s The Marriage of Figaro. In the opera, the lovelorn page performs this song for his patroness, Countess Rosina, and entreats plaintively of the ladies he serves, “Tell me what love is.” Cherubino, a trousers role, has been famously portrayed by  Frederica von Stade and Cecilia Bartolli. I enjoyed adding my heroine, Sophie, to their number!

4. Deh vieni, non tardar (Oh, come, do not delay): Also from The Marriage of Figaro, but sung by Susanna, Figaro’s bride. It’s often staged as a love song sincerely meant for one man (Figaro) but also intended to entrap/deceive another (the lecherous Count Almaviva). Sophie’s interpretation of the song was influenced by Alison Hagley’s performance in the 1994 Glyndebourne production of The Marriage of Figaro.

5. The Mermaid’s Song: A lyric poem by Anne Hunter (1742-1821) was set to music by Joseph Haydn (1732-1809) to make this very lovely canzonetta. Hunter and Haydn became good friends and enjoyed a fruitful musical collaboration.

6. I Dreamt I Dwelt in Marble Halls: An aria from The Bohemian Girl (1843), an opera composed by Michael William Balfe, in which the heroine, kidnapped and given to the gypsies as an infant, confides to her lover the dreams she has had of her noble upbringing. The song on its own enjoyed great popularity during the 19th century, but I first heard it as an airy, ethereal track on Enya’s Shepherd Moons.

7. The Lost Chord: Composed in 1877 by Arthur Sullivan (of Gilbert and Sullivan), who had tried for several years to set Adelaide Anne Procter’s poem “A Lost Chord” to music. He found tragic inspiration in the last illness of his brother Fred, who died five days after the song was completed. Although not written for sale, The Lost Chord became an huge commercial success in Britain and America during the 1870s and 1880s. In Topsy-Turvy, the 1999 film about Gilbert and Sullivan’s stormy partnership, Sullivan’s longtime mistress Fanny Ronalds (Eleanor David) performs “The Lost Chord” at a society function.

8. Love’s Old Sweet Song: An Irish folk song, written in 1884, with music by James Lynam Molloy and lyrics by G. Clifton Bingham. Very popular with Victorian audiences, the song has been recorded by many artists. The title of my book is actually taken from a line of the chorus: “Just a song at twilight, when the lights are low.”

As I observed, the selection is nothing if not eclectic! But I enjoyed picking out each song, and hope that its inclusion enhanced the mood and the readers’ experience!

So, dear reader, do you have a favorite opera/composer or a soundtrack that you associate with a favorite book? And writers, do you find yourself imagining or even arranging a soundtrack for your works in progress?

I will be giving away a signed copy of A Song at Twilight to one commenter on this week’s post, until midnight, PST, 11/10.