Another season finale, and I have to say, the WTF? is strong in this one, especially towards the end.

So, without further ado: 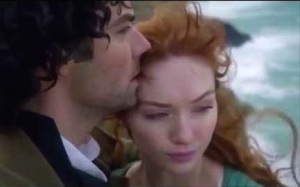 The BBCOne broadcast ran a sneak peek at Series 3, and despite my criticisms of the season finale, I am looking forward to the next season, which will be dramatizing my favorite books of the Poldark Saga. I summarize the trilogy that follows Warleggan as “Ross and Demelza walk in each other’s shoes and learn some painful, but ultimately salutary lessons.”

So, farewell until next time!