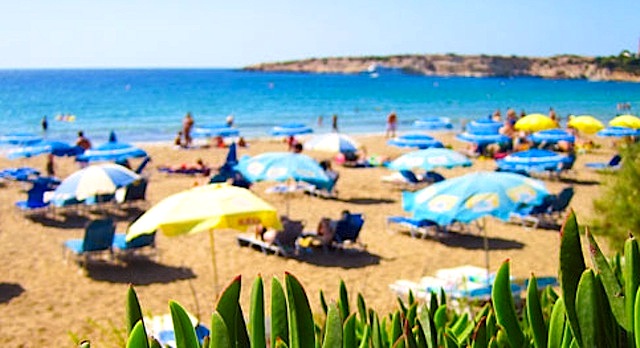 Can you believe we’re more than halfway through June? And the summer solstice is upon us.

I love spring with its soft colors and mild weather, but summer was probably my favorite season when I was a kid–not least because of the 10 or 11 weeks of vacation after a long school year. While spring makes me think of pastels, summer is all about bright and bold colors and experiences. The aquamarine and turquoise of swimming pools, the emerald and sapphire of the ocean, the scarlet of ripe strawberries, the orange-gold of juicy peaches, the deep coral color inside a conch shell…passers-by may even have noticed that Blue Stockings & Crossed Genres has a new look for the season that contains several of the aforementioned colors.

Summer entertainment tends to be of the bright, colorful, noisy variety too. Beach parties, picnics, barbecues, even the average summer blockbuster (usually laden with spandex-clad heroes and things going “BOOM!”) And summer television, which can range from sports spectaculars (especially in Olympics years) to star-studded and/or lushly romantic miniseries.

The new Poldark, which starts airing this weekend in my neck of the woods, may not qualify as star-studded (yet), but, based on the source material alone, I’d say it definitely meets the criteria for “lushly romantic”: a sweeping costume drama about an 18th century Cornish mining family, boasting high adventure, derring-do, class warfare, a simmering romantic triangle, and wildly beautiful scenery–cliffs, coves, and thundering surf.  I am unabashedly excited about this series, not least because I loved the original novels by Winston Graham and the first miniseries based on them, which was made back in the 1970s. I’ve heard the new version may even adhere more closely to the books–the first series took some dramatic liberties that annoyed the author–but as you can see below, it also shares some eerie similarities when it comes to the lead couple…

Graham’s Poldark Saga was a big influence on me as a historical novelist, which I will be blogging about here and elsewhere in coming weeks. I plan to follow the new series closely and post commentary about the episodes after they air. Other Poldark fans, past and/or present, are welcome to stop by and add their tuppence, anytime!